Ropewalk OC is a family, seafood, resort destination venue and is the culmination of a dream by the owners of the original Ropewalk Restaurants and a new partner for the Ocean City location.

The Original Baltimore Ropewalk  tavern itself dates back to pre-prohibition and is situated on one of the oldest streets in Federal Hill.
Ropewalk Lane maintained itself as a street where eighteenth and nineteenth century shipbuilders twined and spindled ropes for ships. Indeed, revolutionaries and patriots fomented rebellion against the Crown and began to put their backs into the beginnings of what would become the most powerful navy in the world. 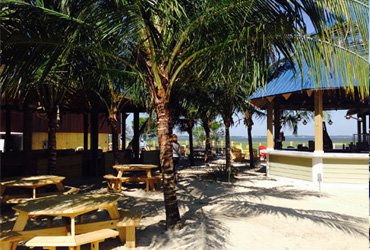 In 1995, Brothers Bill and Marc McFaul and their youngest sister, Linda in ’04, started renovating this unassuming but proud collection of spaces. One expansion into a warehouse addition behind the bar revealed a well used but regal workspace. Dating back to the days of the founding fathers themselves, that cask and barrel warehouse was built to last, with thick plank floors and brawny angular support beams held together with iron lag bolts. In it, the owners found a 1914 document celebrating the 100th anniversary of the War of 1812, a handful of radio tubes, some barrels that still smelled of liquor and even an old but functioning block and tackle.

The dust settled there a long time ago on those ropes, casks, radios, and sadly, most of their masters and apprentices. Piles of old tools and evidence of former slave ownership of the building in the 1800s only fed the immediate curiosity about what went on here. One is left with the impression that a callused group of tradesmen in overalls just got up from their jobs, went to lunch and never returned. On the bright side, their ghostly departures left room for an equally compelling Ropewalk story. 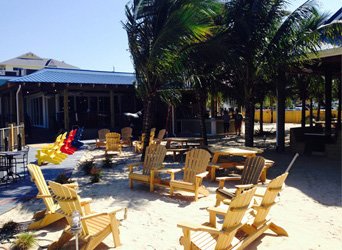 In 2005, Chris Reda a real estate agent/ developer joined the Ropewalk family and together have opened over a dozen successful business ventures, including Ropewalk Fenwick Island Oyster House, specializing in the freshest seafood, meats, poultry and local produce. Our featured “Liberty Oysters” are farmed daily from our private oyster beds on the Chesapeake. Our unique atmosphere and décor is perfect for the whole family or an intimate dining experience.

Forward to 2015, with the addition of our friend and real estate agent/developer Steve Murphy, Ropewalk Ocean City is born. While the number of restaurants has grown, the original vision remains— a vision of providing the freshest ingredients, in a comfortable setting, with extraordinary service.

*All food specials are eat in only.
Not applicable on event days, and with a drink purchase.